Now available
on Android and iOS
Play for Free
Join CROSSOUT, the post-apocalyptic MMO Action game! Craft your unique battle machines from dozens of interchangeable parts, ride them directly into combat and destroy your enemies in explosive PvP online battles!
go to the Crossout website

You can browse and change detailed control settings by pressing “Esc” -> “Controls”. 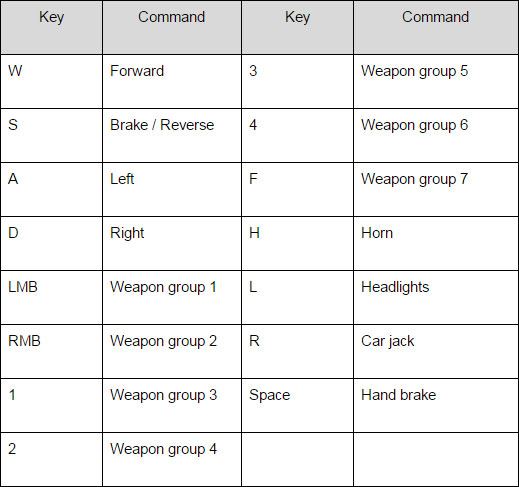 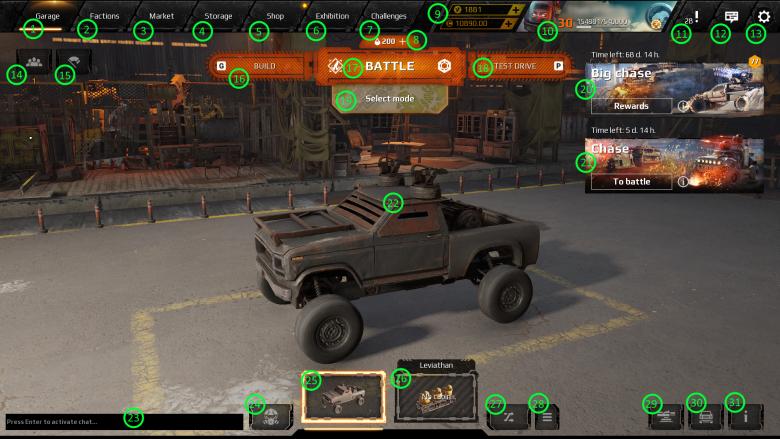 Elements of the game interface​: 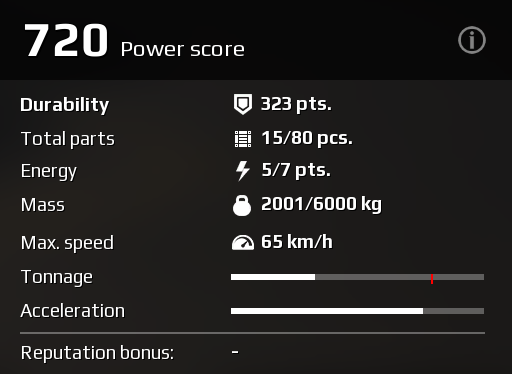 The player progression in Crossout is represented with the factions. 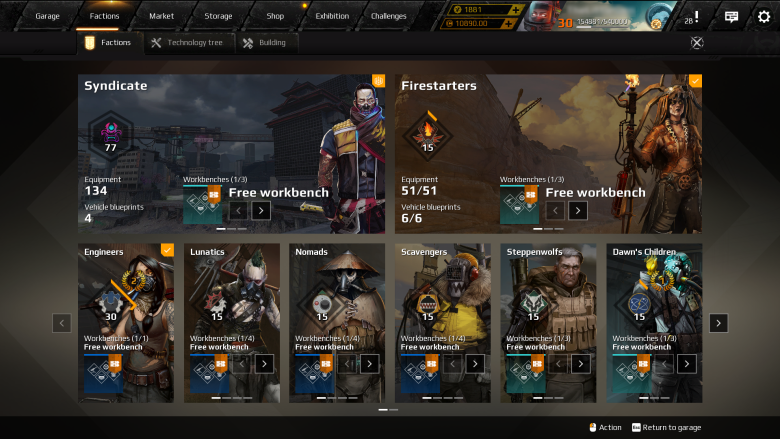 All parts in the game are divided into seven categories according to their level of quality with a corresponding color designation: 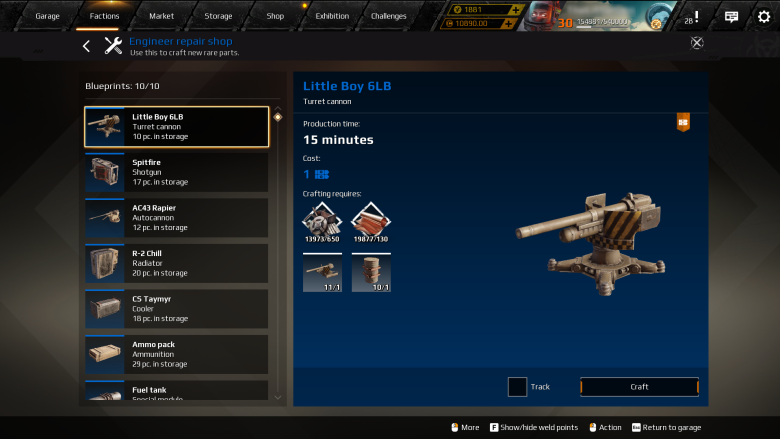 The Crossout market is a marketplace where players can buy and sell any resources and parts (with the exception of the starting parts and the construction parts received as a reward from factions). Trade is only carried out using coins, and a direct exchange of goods for goods is not available. 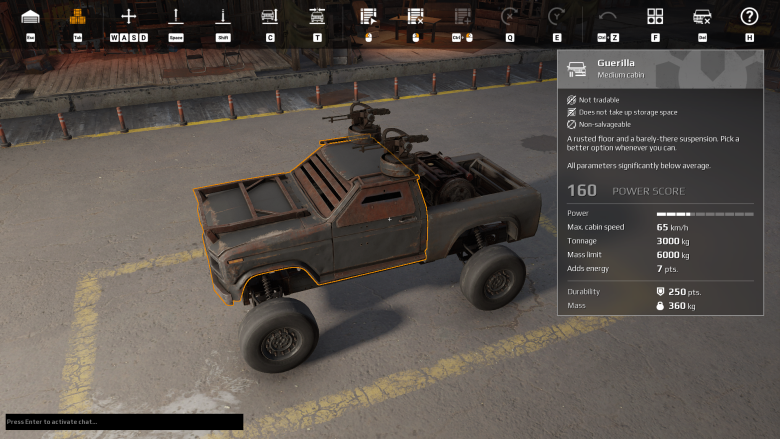 The main feature of Crossout is the ability to build your own combat vehicles.

Players also have the option to quickly assemble an armored vehicle. The system will automatically build a random variant of the vehicle that matches your settings.

The auto-assembly button is located to the right of the leviathan slot. Next to it is a settings button that allows you to select the parts that must be included in the random vehicle, and the PS range. 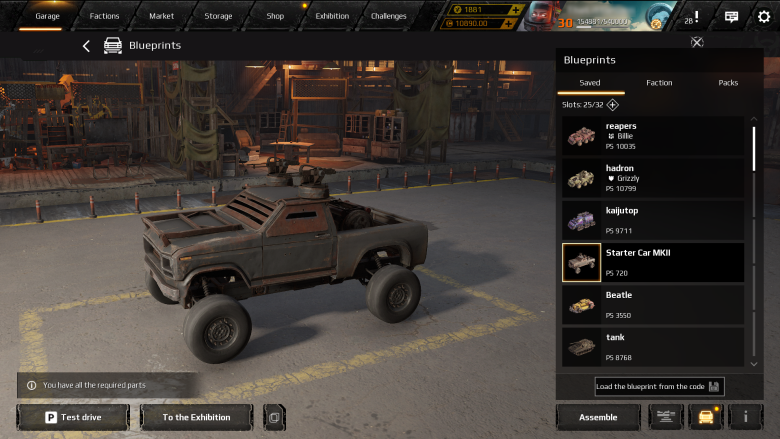 To save the most successful builds separately, the blueprints functionality is implemented - these are fixed "snapshots" of vehicles from the garage, which can be assembled at any time. Saved blueprints are in no way tied to the contents of your storage - each saved blueprint can be used with its own unrestricted set of parts. Moreover, the blueprint does not cease to exist even if you sell or destroy the necessary parts - the only consequence of that is that you will be unable to load the saved blueprint in its entirety. 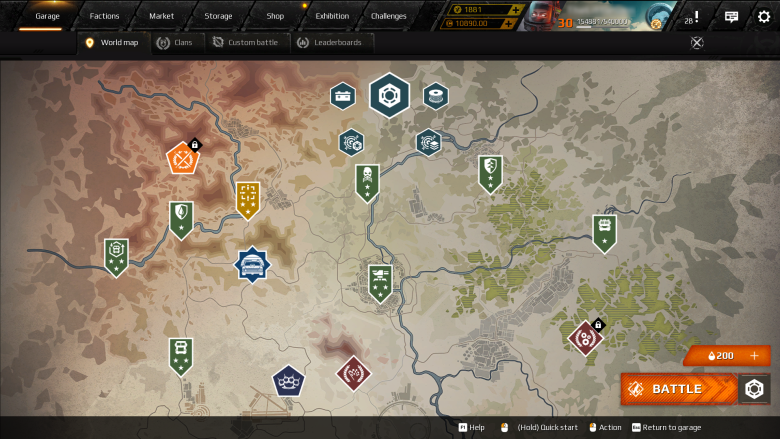 When you click on the "Select Mode" button on the main garage screen, the player is offered several types of combat missions to choose from:

Play
for Free How To Play